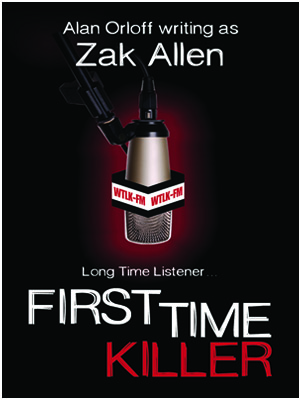 In shock radio, nothing is too far over-the-top in the pursuit of ratings.

During his twenty-six-year career, D.C. radio talk show host Rick Jennings steered clear of outrageous radio. Wasn’t his thing. So when WTLK execs tap him for the Afternoon Circus to land a lucrative satellite deal, Rick struggles to maintain his standards—and his dignity.

A chilling call (“I’m a long-time listener, first time KILLER.”) leads to the discovery of an intern’s arm in a trashcan. Rick spars with the “First Time” killer over the airwaves. The police are stymied. Ratings skyrocket. And First Time continues to knock off members of the Circus, phoning in to gloat afterward.

In a world of psychics and poseurs, crazy deejays and crazier callers, it’s up to Rick to bring First Time down before more people perish.