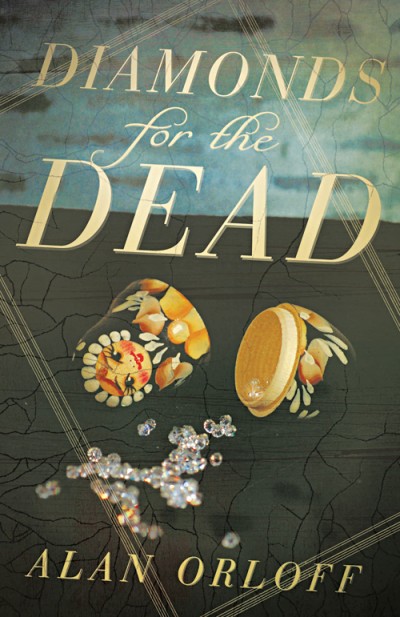 “DIAMONDS FOR THE DEAD is a little gem.”
— Reviewing the Evidence

“Make room on your shelves for a fresh new voice in mystery writing. DIAMONDS FOR THE DEAD has it all: compelling plot, great characters, and the kind of tension that keeps you screwed into your seat for a one-sitting read.”
— John Gilstrap, New York Times bestselling author
of NO MERCY and HOSTAGE ZERO

Talk to anyone in Reston, Virginia, and they’ll say Josh Handleman’s dad, “Honest Abe,” was a real mensch. But when Josh returns home to bury his estranged father, he gets the shock of his life: his thrifty dad was filthy rich. Oy!

Who was this man who donated millions to charity, invested in the dreams of Josh’s friends, and shared his home with a strange vodka-swilling Russian? Apparently, Abe collected diamonds too. But when Josh can’t find the gems, he begins to wonder if his dad’s death was truly an accident.

Hounded by grief and remorse, Josh resolves to find his dad’s diamond stash—which could be his inheritance and proof of his father’s love. What he doesn’t realize is that this emotionally charged treasure hunt is taking him closer to his dad’s killer.