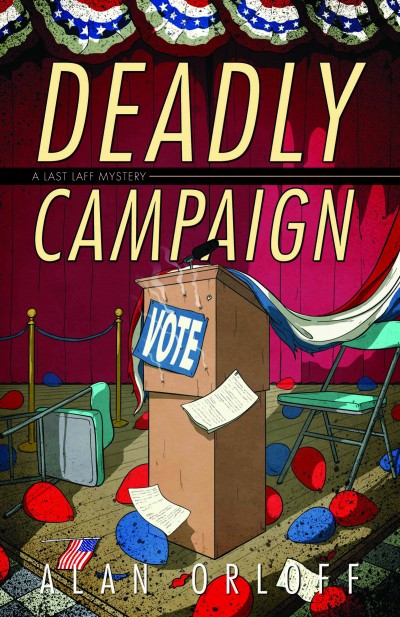 “Professional comedian Channing Hayes goes amateur detective in his rousing encore performance…Orloff has put together another winning routine, and mystery buffs will enjoy the fresh venue of a comedy club, not to mention a soft-boiled amateur sleuth case.”
— Library Journal

“DEADLY CAMPAIGN has it all—political intrigue, family warfare and, best of all, a hero. If the line between comedy and tragedy is indeed thin, then Orloff is a master tightrope walker.”
— P.J. Parrish, New York Times bestselling author of THE KILLING SONG

Comedy club owner and occasional performer Channing Hayes thought the comedy business was tough, but it’s a stroll in the park compared to politics. When he and his business partner Artie attend a congressional campaign event for their friend Thomas Lee’s nephew, masked thugs storm in and break up Lee’s restaurant with baseball bats. The candidate’s people insist that the police not be involved, so Lee asks Channing to investigate. As Channing searches for answers, he finds himself immersed in a corrupt world of payoffs, gangs, illicit affairs, blackmail—and murder . . .